ST. ANTHONY – A decommissioned canso water bomber, which was given to the Town of Stephenville by the provincial government, is the centre-piece of a memorial park for the town of St. Anthony.

The park memorializes Cpt. Ronald Penny, a 26-year-old pilot from St. Anthony who was killed while fighting a forest fire in the Bay St. George area in a plane similar to this one back in 1967. Also killed in the plane accident was 21-year old Yannick Dutin of St. Pierre, who is also honoured at the park.

The plane that has been donated to St. Anthony does have a link to the town’s past. Dr. Gordon Thomas, who first arrived in St. Anthony as a medical officer and surgeon for the International Grenfell Association in 1946 and served as the association’s executive director and surgeon-in-chief from 1960 to 1977, used to use a similar plane to transport patients and fellow physicians back in the 1960s.

The Penney family donated a parcel of land, where we developed the memorial park, right in town, said Mayor Boyd Noel.

The site is located at the farthest dock in the west end of St. Anthony.

The plane has actually been turned over to Rising Sun Developers, the arms-length economic development agency set up by the Town of St. Anthony, Rising Sun and the local chamber of commerce have been raising funds for the park’s construction.

Noel pointed out that the driving force behind bringing the plane to St. Anthony was Captain Roger Penney, cousin of the pilot who was killed 40 years ago.

Roger has also flown water bombers all his life and he is flying the plane into St. Anthony,� said Noel. This is going to be the last flight for this plane and it’s Roger’s last flight as a pilot too.

After the plane had been awarded to Stephenville, St. Anthony Town Councils� Economic Development Officer Barry Budgell; Chamber of Commerce President Clyde Patey and Captain Roger Penney established contact and forwarded convincing information to the Stephenville Town Council, why the plane should come to St. Anthony.

�That�s the good thing about municipalities today,� said Noel, who happens to be northern director for Municipalities Newfoundland and Labrador.

[View Photos of a Canso fighting a Forest Fire] 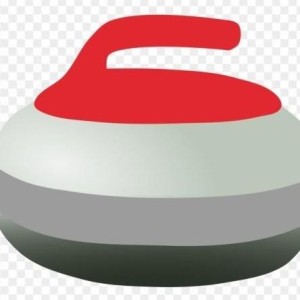