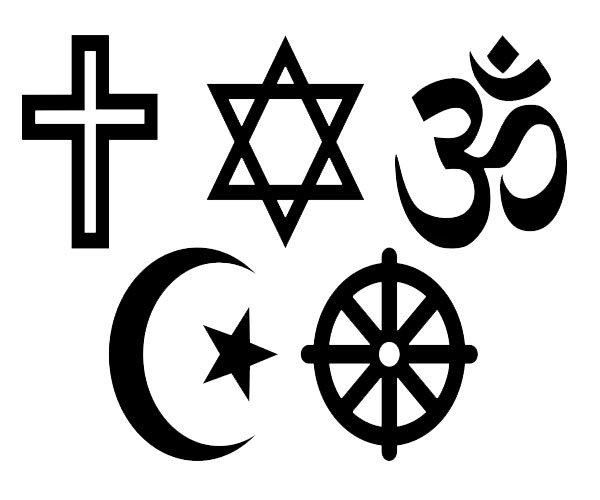 For most individuals, religion or worship is an important part of their life as well as their society and culture. How an individual perceives religion depends upon their personal beliefs and cultural views. These beliefs offer people something to hold onto in times of trouble or indecision with the idea that a higher power exists somewhere in the universe.

The town of St. Anthony is a community which offers a variety of denominational and non-denominational churches for individuals to choose and practice their religious beliefs. Churches in the area include the following:

Worship at Anglican Churches is liturgical. Usually, local parishes and ministries are the determinants of the form of their form of worship using a Book of Common Prayer or other liturgical worship form as the foundation of their worship. Parishes and ministries have the authority to create their own forms of liturgical worship. The Anglican Church has a prosperous heritage of worship yet Anglicanism can be easily understood (The Universal Anglican Church).
There are three forms of churches surrounding Anglicanism, describing the types of services and worship they follow. The “Low Church” is less formal, does not chant or sing its services, alternates Morning Prayer with Eucharist and sometimes appears to be protestant. The “High Church” is a church that strongly believes in theological or liturgical formality, has a number of vested assistants with many fine utensils used, sings or chants the services rather than speaking them and appears to be more catholic. The “Broad Church” is the middle between the Low and High Church.

The Roman Catholic Church claims to be the official keeper of the teachings and traditions of Jesus Christ. Those that attend the Catholic Church believe that their religion is a direct descendant from Christ, St. Peter, Jesus’ apostle whom He referred to as “the rock in which I build my church.” The most important doctrines followed by the Catholic Church has been developed from the first century including The Mass, The Eucharist, Confession and The Papacy (Catholicism AKA The Holy Roman Catholic Church).
The Mass is the main ritual of the Catholic Church with the centrepiece being the re-enactment of the Last Supper of Christ. The Last Supper of Christ is representative of the event where Jesus turned bread and wine into His body and blood, whereby, he then fed to his apostles. The Eucharist is where Catholics believe that the priest will literally change bread and wine into the body and blood of Christ. Because the bread and wine don’t resemble flesh and blood, the miracle is explained by the transubstantiation doctrine. Transubstantiation means that the break and wine really truly become flesh and blood yet they are indistinguishable from bread and wine for all intents and purposes. Confession is from the Catholic doctrine that believes that ordained priests are permitted to forgive the sins of Catholics who receive the “sacrament of Penance.” This involves speaking to a priest and confessing your sins through genuine repentance. The Papacy is the Pope or Bishop of Rome whom is considered the leader of the Catholic Church. His position is believed to be traced to an unbroken succession from St. Peter, which was the first Bishop of Rome (Catholicism AKA The Holy Roman Catholic Church).

Pentecostalism started in the province of Newfoundland and Labrador around the turn of the twentieth century. The message of Pentecostalism was brought to the province in 1910 by Alice Belle Garrigus, an unmarried public school teacher from Rockville, Connecticut. The Pentecostal movement is very assorted yet all Pentecostal Christians have key beliefs in common. They strongly believe that an individual needs to make a personal commitment to faith and through this act, the Holy Spirit will manifest in them. This manifestation will be present through the speaking in tongues while other supernatural events can also occur. They believe in the experience of adult baptism, scripture is interpreted literally and the style of worship is emotional with the clapping of hands, chorusing, contemporary music and innovative preaching. Finally, Pentecostals believe that God can reward them materially, as well as spiritually. This concept underscores an emphasis on positive living. The concept of living well supports a tithing culture of giving back to the church (Pentecostal Assemblies of Newfoundland and Labrador).

The Salvation Army is a international Christian Church with its main message from the Bibl and its ministries developed by love for God and the humility needs of the world. The Salvation Army’s mission is “to share the love of Jesus Christ, meet human needs and be a transforming influence in the communities of our world.”  The Army’s core values of salvation, holiness, intimacy with God, compassion, Respect, Excellence, Integrity, Relevance, Co-operation and Celebration are the foundation of their beliefs (The Salvation Army).

The United Church of Canada believes that the Bible is their center as a source of wisdom, personal prayer and devotion. They believe that the Bible can bring us closer to God and is the best way to experience God’s continuing work of creation. The United Church of Canada also believes and celebrates the two sacraments (action or ritual) of baptism, the ritual that we belong to the Christian community and communion, symbolic meal initiated by Jesus. Baptism is considered an action that signifies new life God has given us as we join the church community. The ritual uses water as a means of cleansing and acceptance of new life in the church. Communion is considered the Lords Supper, the Eucharist or Holy Communion shared by most Christian denominations. The means uses bread and a taste of wine or juice to remind us of Jesus’ last supper with his followers (United Church of Canada).

Jehovah’s Witnesses have a variety of beliefs where by they see themselves as a worldwide brotherhood. These individuals believe that Christ proclaimed his kingdom was no part of the world and refused to accept a temporal crown. They believe they are to base their lives and beliefs on the early Christian Church and the Bible.
Jehovah’s Witnesses believe The Bible is historically accurate and it is a way God communicated his will to human beings while they interpret the Bible literally. They test any religious idea against the Bible while they have their own translation of the Bible called the New World Translation of the Holy Scriptures. Witnesses believe that God the Father is the only true God with Jesus Christ being his firstborn son. They also believe that God is a single whose personal name is Jehovah while they accept Yahweh as a name also. Witnesses believe that Jesus Christ came to earth from heaven and the Holy Spirit is not part of the trinity but an active force.  They believe that Jesus did not die on a cross but a single stake and when an individual dies; their existence completely stops (BBC Broadcasting Corporation).

Jehovah’s Witness meet in facilities called Kingdom Halls for religious services. This hall is a modest structure that has a auditorium with chairs for individuals, a platform for the speaker, a lectern, a library and a section where members can request or pick up Bible study literature. The Kingdom Hall does not have any crosses, images or religious symbols as they believe that they are to “Guard themselves from idols.” During the service, Witnesses do not pass collection plates or practice tithing, however, any individual wishing to provide a donation can do so at the rear of the auditorium. Most halls have congregations fewer than 200 members while most attend the Kingdom Halls closest to their home. Services are held at these Kingdom Halls usually three times a week and most programs involve the participation of the audience with discussion. The worship begins and ends with prayer and includes singing (Office of Public Information of Jehovah’s Witnesses).